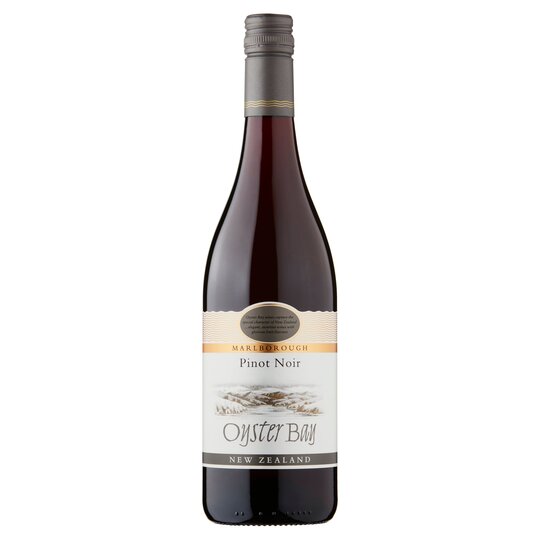 This product's currently out of stock

This product's currently out of stock

No headache, after trying so many this is the best

dissappointed that is not available on line anymore

One of my favourites

Since buying a mixed case from Oyster Bay where this was one of the wines I have on on to buy several cases just of this wine. It is superb

Purchased this for somebody else but added a bottle for myself, as with so many cheaper NZ Pinot Noirs (and I'm fed up saying it) they lack ripe fruit, this just about qualifies for average in it's class, but I would not buy again whatever the price, it is pointless when there is so much better out there. I've said it before if you want Pinot that tastes like Pinot and is has ripe fruit the Chilean wines are in the main the route to take, all that I have tried have at least tasted of ripe Pinot even if not great wines, remember this is a very difficult grape to grow and turn into decent wine and that is why the good stuff demands a premium.

Fruity and smooth on the palate with classic violets on the nose, this is a modern New Zealand pinot. There are better examples available such as Domaine Road, but when on offer at around 8 pounds this is a reasonable buy. Other reviewers have felt it isn't as good as a burgundy, but I've tasted a fair number at 10-15 euros, as I live in France, and have yet to find something better. I love the purity of the fruit, its delicacy. Would I order it again - I've had 3 mixed half dozens so far at 25% off or so so probably yes. But not at full price.

This is a nice light Pinot, not as intense as some I have tried, but still very enjoyable. This wine has a nice fruity flavour and would go well with meat or fish, not curry. Pricewise it cannot be beaten and I would certainly buy it again.

As an every day pinot noir this is ok. It is not as rich and fruity as the Central Otago Tesco Finest which I prefer and is often a similar price. It lacks the complexity of good Burgundy and it probably won't keep for long. If you like your Pinot Noir lighter on the palate then this is for you.

I simply love a good Pinot Noir and this is not one of them. Over the years we have tried several vintages of this but remain disappointed!

Best white out there

This is currently a huge favorite amongst my peers.

At the time of writing this is £10.99 and this is quite frankly daylight robbery! I ordered this when it was on offer and I'm still very disappointed. It has a very strange, tart aftertaste that is hard to describe. I've had even cheaper PN's in the past and they have all been smoother, if a little thin at times but good,cheap ones are hard to come by so you accept that. I've left it to breathe in the glass for a few hours and also decanted it and had it 24 hrs later, it makes no difference at all. I thought the first bottle was off but the others have all been the same. If I'd have bought this at full price I'd have sent it back. I still have a bottle left and it'll probably be poured down the sink, it's not worth using in cooking either.